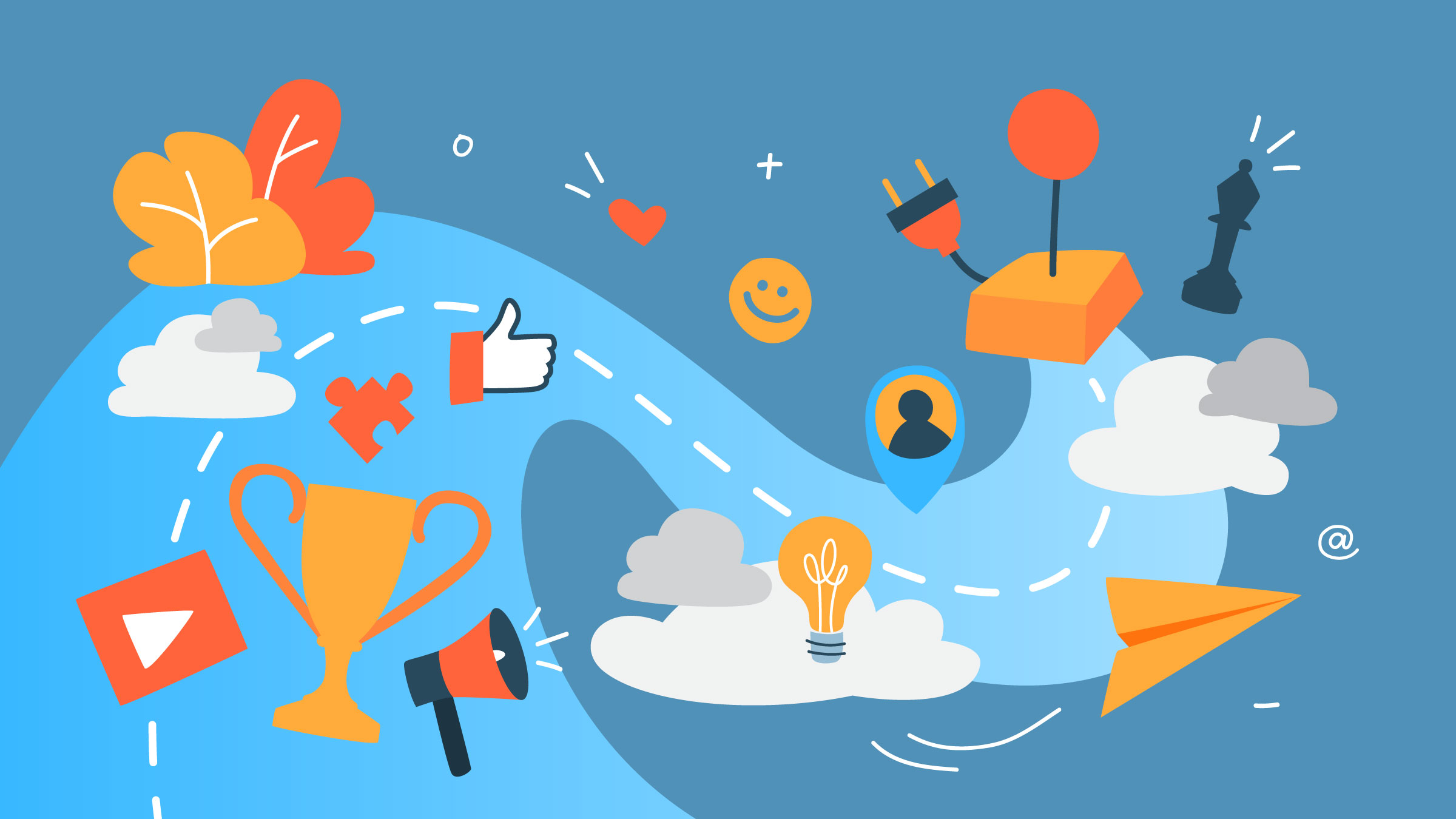 Gamification has become a popular educational strategy to motivate people of all ages, both online and in the classroom. In addition to making learning more enjoyable, gamification is used to promote active learning, engage users in real-world problem solving, and recognize achievements or competencies.

According to a recent report, this trend is expected to continue due to a stronger focus on experiential and inquiry-based learning and increased awareness through professional development.

Although gamification has game-like components, it’s not the same as games and gaming. So, how are they different? Let’s take a look at their definitions.

Games are a form of play or sport, especially competitive ones played according to rules and decided by skill, strength, or luck. Games are also defined as complete episodes or periods of play that end in a definite result, like a baseball game or tennis match. Examples: Monopoly, Tag

Gaming is the action or practice of playing games for amusement or money. In the digital entertainment industry, gaming refers to running or playing video games on game consoles and personal computers. Human behavior plays a significant role, driven by our desires to succeed, compete, control, and socialize. Examples: Fortnite, Pokemon

Gamification is different in that it is the application of typical elements of game playing, such as rules of play, point scoring, and competition with others, to other areas of activity. Simply put, you are using gamification‚ gamifying content‚ when you introduce game elements into a non-game situation. Earning a digital badge is an example of a game element used to reward you for completing a task or reaching a goal. How you apply these game elements (also known as game mechanics) can help or hinder the learning process. Examples: Lifasaver, Duolingo

Ready to try it?

As the authors of Gamification of Education aptly state, the concept of gamification may be simple, but effectively gamifying a concept isn’t. The goal of gamification is to gamify the process, not the outcome. Keeping your audience in mind and the context in which learning will occur are key factors for success.

IT Staffing Trends: What to expect during a recession

Regardless of any potential recession, the fact remains that IT companies need people to continue with daily work and planned projects, especially highly trained, knowledgeable, and skilled IT professionals.

Judge has recently invested more heavily in marketing and creative staffing because our clients are looking for this type of staffing, and our candidates are asking for help finding these types of positions.

Are You Prepared for a Cyber Attack: Three ways a cyber breach can negatively impact your company

As cyber criminals have improved their methods and become far more patient, businesses have been especially affected by cyber attacks. Cyber attacks have increased exponentially since 2019, particularly among small to medium-sized businesses. 65% of organizations…